This Sliding Bar can be switched on or off in theme options, and can take any widget you throw at it or even fill it with your custom HTML Code. Its perfect for grabbing the attention of your viewers. Choose between 1, 2, 3 or 4 columns, set the background color, widget divider color, activate transparency, a top border or fully disable it on desktop and mobile.
Call Us Today 91-11-42233122/116|sm4e@defindia.org
Grand Jury, 2016admin2017-03-16T16:28:47+00:00

The Grand Jury of the third edition of Social Media for Empowerment Awards 2016 was successfully held on 22nd and 23rd January, 2016, at The Bagh, Bharatpur, Rajasthan, India. 200 nominations were shortlisted based on their eligibility according to the criteria and completion of the submission form.  The numbers of nominations were further brought down to 80 through the virtual jury process that was carried out from 13th to 15th January by five jurors.

We had an eclectic mix of 12 jurors for the grand jury who were from various disciplines. They brought varied knowledge, insights and perspectives with regards to social media into the process.

The jury started post-lunch on 22nd  January. Since, many of the jurors were meeting each other for the first time; a round of introduction was conducted. And then we settled down to the actual business. The jurors were divided into 5 groups and assigned two categories each. The groups were given two hours to go through their nominations in their category, following which the discussions began. Each group presented and justified their selections with reason and logic. The discussions went late into the night. And we were back on the table next morning to finish the remaining categories. After the discussion and joint voting system, the Grand Jury selected Winners and Special Mentions of Social Media for Empowerment Awards 2016. The Grand Jury conclusion marked the moments of felicitation of the Jury members with Jury citation & token gifts presented to all Jury members for their invaluable volunteering efforts in adding value to the Awards process.The winners would be officially felicitated on 15th of March, 2016, during Social Media for Empowerment Awards and Summit, 2016. Osama Manzar is a convert social entrepreneur spearheading the mission to overcome information barrier between India’s rural sector and the so-called developed society through Digital Empowerment Foundation (DEF) – the not-for-profit organization founded to accomplish the mission. He is a Member of the Working Group of Internet Governance Forum of the Ministry of Communication & IT and was a Member of Task Force on Growth of IT, ITES & Electronics HW Manufacturing Industry, Ministry of Comm & IT, India. Before joining the Regional Office in New Delhi in 2014, Dr. Ronald Meinardus served the Foundation in that position at the Regional Office for the Middle East and North Africa (MENA) in Cairo, Egypt for seven years. Earlier, he represented the Foundation in Greece, South Korea and the Philippines. A journalist by profession, Dr. Meinardus is also a political commentator and blogger and enjoys writing about developments in the region and beyond. Pankaj Pachauri is a print and broadcast journalist with more than three decades of editorial and management experience across three continents. For over two years, he worked as the Communications Adviser to the former Prime Minister of India, Dr Manmohan Singh, assisting his office in managing national and international media. During his tenure with the Prime Minister’s Office, he designed and executed media strategy across various platforms for international events like the G20 Summits, ASEAN Summit, BRICS Summits, United Nations General Assembly, United Nations Conference on Sustainable Development, Nuclear Security Summit, NAM Summit and BIMSTEC meeting of Heads of Nations, besides Bilateral Summits with the US, China, Russia, Germany, Brazil, UK and Iran, among other countries. Mr. Pachauri has also been a member on the Governing Councils of the Indian Institute of Mass Communication and Jamia Millia Islamia’s MCRC. 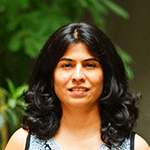 Nonika Raj Kumar is a founder member of and heads CSR and Sustainability for Canara HSBC OBC Life Insurance Company which she joined in 2007 as part of the project team responsible for the launch of the business. During her tenure, she has looked after Corporate Communications and also led Research, Rural Vertical, Internal Communications and CSR for the company. In her current role, Nonika spearheads the CSR and Sustainability programme of the company with a focus on environment, inclusive growth through education, vocational & skill training and cleanliness & sanitation. Natasha Badhwar is a writer, filmmaker and media trainer. She is also co-owner of the online fashion brand, Ochre Sky. Natasha writes a popular column, “My Daughters’ Mum” for Mint Lounge, where she documents contemporary family and relationships in today’s socio-political landscape in a candid and personal style. An independent media professional, Ms. Bhadwar is a content and communications consultant with Oxfam India, Water Aid, Edelman and Sheroes. She was also India’s first female news videographer in 1995 and has worked with NDTV for 13 years where she was Vice President, Training and Development in 2007. She takes Documentary film-making and Videojournalism workshops at Delhi University, Centre for Science and Environment and the Express Institute of Media Studies. Jamyang Tashi is the managing partner of QED Group, an independent think tank and consulting firm based in Thimphu, Bhutan. Mr. Tashi graduated from Colby College in Maine, United States, where he studied Economics. Prior to joining QED Group, he worked at the Urban Institute in Washington, DC and the Bhutan Foundation in Thimphu. His main areas of work include economic policy research, entrepreneurship development and promotion of public discourse. Dr. Falguni Vasavada-Oza is an Associate Professor of Marketing at Mudra Institute of Communications, Ahmedabad (MICA). She is a double gold medalist with 17 years of teaching experience in the area of Marketing and Advertising. Since 2004, she has been working in the Marketing Academic Area at MICA. With a Ph.D. in the area of advertising, she is involved at MICA in teaching, research and is Chairperson, Online Programs. She runs an online program in Advertising Management & Public Relations. Dr. Vasavada has been published in International Journals and has presented papers in various national and international conferences and is involved in international joint research projects revolving around advertising. She has been a visiting faculty at Southern Illinois University, Carbondale in USA and is a visiting faculty at NID, EDI, IRMA, NIRMA IIM-I and various other management institutes of repute. Sowmya Kidambi currently works as the Director of the Society for Social Audits, Accountability and Transparency (SSAAT), Department of Rural Development, Government of Telangana. She is also holding the charge of Director for the SSAAT – Andhra Pradesh. She has been working with the Mazdoor Kisan Shakti Sangathan (MKSS) based in Rajasthan, since 1998.  Ms. Kidambi has also been working with the International Budget Partnership, Washington DC, as Trainer/Technical Assistance Provider since October 2008. She is responsible for conducting training courses on expenditure tracking with special emphasis on social audits. She has also trained groups in countries like Kenya to social audit the constituency development fund and in South Africa to audit the janitorial and sanitation services. Pranshu is the Director of the Digital Learning Strategy team, Worldwide Education at Microsoft.  He works with education leaders to support them as they implement major learning and technology programmes in the drive for anywhere anytime learning transformation. Prior to this, he worked with Nokia for over 10 years in the core sustainability team and was based in Finland, Singapore and India as Head, Sustainability. Mr. Singhal is a Chevening Gurukul Fellow, Aspire Circle Fellow and has a Masters in Environmental Management and Policy from IIIEE, Sweden. He is a strong advocate of sustainable lifestyles and consumption, and use of technology for sustainable development. Sunny Sharma is the co-founder of Foetron. Foetron has been awarded Enterprise Mobile Champs by DQChannels, Cloud Champions by IDG and has been the Microsoft Cloud Partner of the Year (N&E). Mr. Sharma aims build Foetron as the world’s most sought after Cloud and Mobile Technology centre for excellence. Mr. Sharma believes that mobile is that inflection point which will drive the future with more consumption of technology while a robust and scalable cloud service fuelling this change. India became the very first country to observe the internet usage on mobile exceed internet usage on computers thereby making it very well placed to spearhead this shift in the time to come. For the last 6 years, he has been instrumental in the areas of Cloud Computing and Mobile. He foresees the future that is driven by technology, primarily mobile and cloud. Abhishek Kumar has over 17 years of experience in the Development Sector, particularly in Corporate Social Responsibility and Corporate Governance. He has vast experience in external affairs and development sectors, Cause Marketing, Bottom of Pyramid (BOP) Market, and Creating Shared Value (CSV). Mr. Kumar is a graduate from BHU,  Marketing from LNMI and HR Management from IIM L, Strategic Management from IIT-D, IPR from Indian law Institute and he has also did MSW ,  NGO management etc. Mr. Kumar  has headed CSR of Honda Cars India, Amity, A2Z Group as well as worked with different NGO’s like CFD,  Nidan, DNR Foundation etc. He is currently working with Samsung India Electronics Pvt Ltd. and looking after CSR. Amitabh Singhal is aBoard Member of PIR.ORG. He was Founder and former President of Internet Service Providers Association of India, which was in continuation of its predecessor, the Email Service Providers Association. He has many feathers in his hat for various policy and regulatory achievements, including, amongst others, helping the government to write key elements of the ISP policy, opening up the Internet for private competition that led them to set up international gateways and become dominant bandwidth owners, and opening up of Internet Telephony, among others. Rahul Nainwal, founder India Fellow program, is a serial social entrepreneur. In 2001 he co-founded iVolunteer and introduced the concept of formal volunteering in India. In 2004, Rahul created iVolunteer overseas, a first of its kind in India that sends Indians to volunteer in other countries. Rahul also co-founded a sustainable tourism company. Mr. Nainwal is also a founder of UnLtd Delhi – a launch pad for social entrepreneurs. Rahul is an alumnus of Institute of Rural Management (IRMA) and THNK – The Amsterdam School of Creative Leadership.

With Google+ plugin by Geoff Janes